The Manatee County Port Authority is committed to enhancing Tampa Bay’s pristine ecosystem while reducing its environmental footprint. With more than $16 million invested in environmental projects since 2000, SeaPort Manatee and its partners are dedicated to protecting the natural environment in and around the port’s rural setting.

SeaPort Manatee meets and exceeds federal and state environmental mandates and holds all tenants and users to such high standards through requirements in SeaPort Manatee tariff documents.

For the previous 30 years, seagrass transplantation was largely considered experimental, meeting with varying degrees of success around the world. The project’s size and overwhelming success attracted global attention and earned several honors, including the 2006 Gulf Guardian Award from the Environmental Protection Agency’s Gulf of Mexico Program. The American Association of Port Authorities (AAPA) also selected the project as the Western Hemisphere’s top environmental program in 2006. 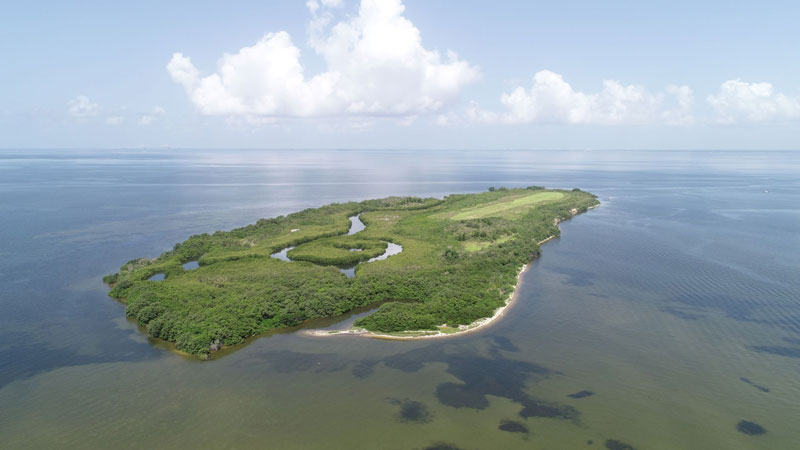 The 60-acre, man-made island, known as Manbirtee Key, is the result of SeaPort Manatee’s original dredging project in the 1960s. The port partnered with Gulfstream Natural Gas System and Audubon of Florida in a multi-million dollar project converting the spoil island to a thriving bird sanctuary. Manbirtee Key has attracted more than 120 species of birds since its restoration in 2003 and the number of nesting species are on the rise.

The island was constructed to suit a wide range of nesting and feeding habitats. Invasive plant species, overgrown vegetation and predators (such as raccoons, possums and snakes) were removed from the island.

Due to the low disturbance level and distance to predators from the mainland, even threatened species are making a comeback to the island.

The name Manbirtee Key comes from the winning entry in a local “Name the Island” contest for elementary school children. The name is a combination of the words man, bird and manatee. 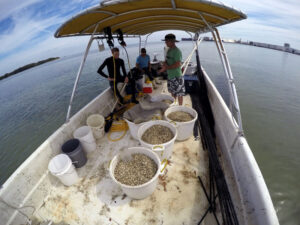 SeaPort Manatee is partnering with Eckerd College, the Gulf Shellfish Institute and Manatee County-based Bay Shellfish Co. in a clam restoration endeavor, which is bringing about clearer waters and, in turn, helping many native species to thrive. This unique program involves placement of 600,000 juvenile clams off SeaPort Manatee. The native-species clams naturally filter nitrogen, phosphorous and chlorophyll-a from bay waters while feeding on phytoplankton, providing innate fertilizer for indigenous seagrasses and supporting a full range of local marine species.